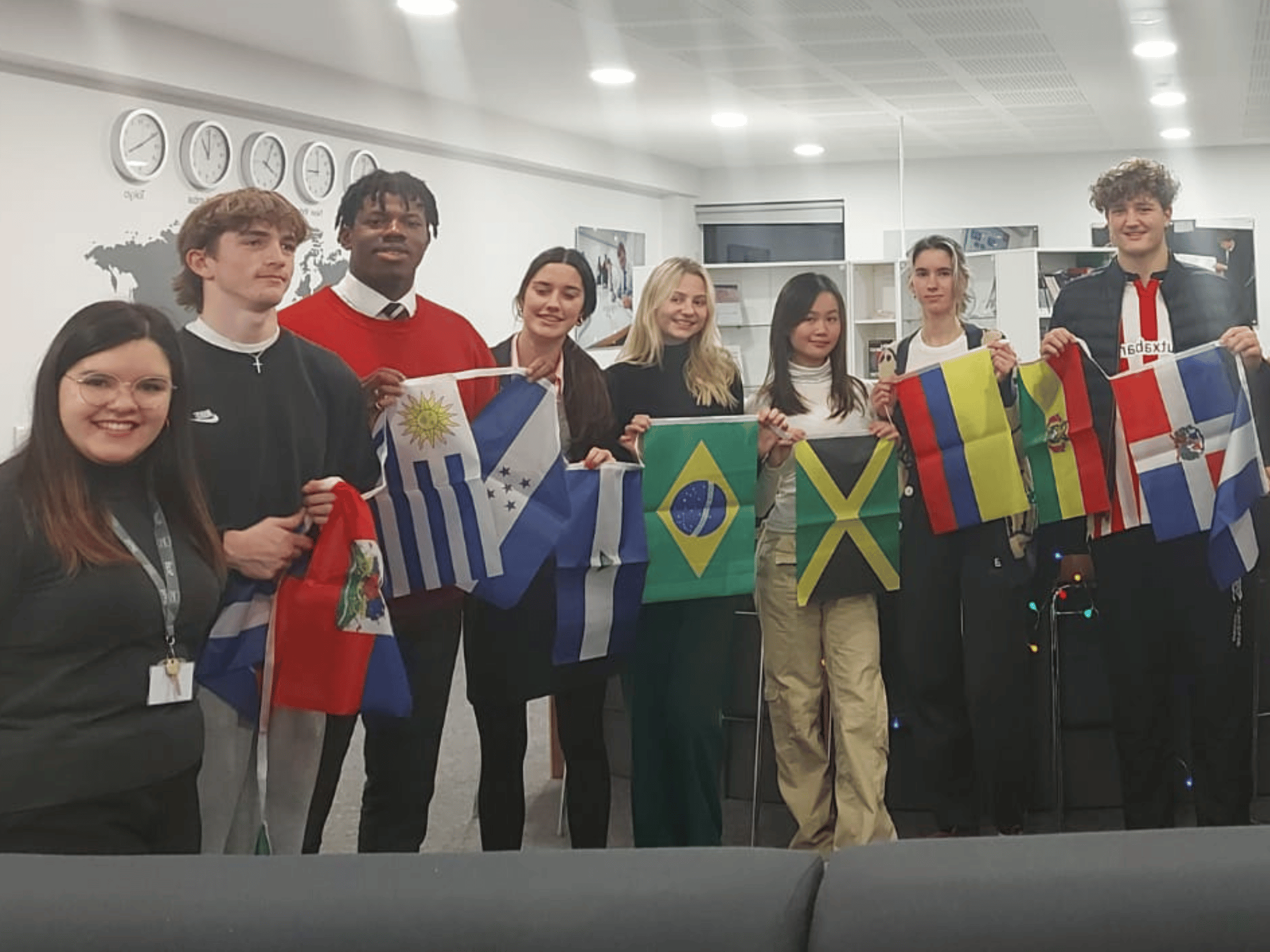 More fun and educational activities have been taking place in Oakham’s Modern Foreign Language Department this term, helping pupils to develop language skills and to learn more about other cultures.

Form 3 enjoyed the ‘Dia de Los Muertos’ festivities, sampling the Pan de Muerto (Bread of the Dead), baked by Barraclough Chef Extraordinaire Linda Thompson. The department was also decorated with a traditional ‘altar’ and there was a ‘Day of the Dead’ themed photo booth for students to enjoy.

Form 7 A-level pupils were treated to a visit from Lola Paniagua, author of Mi Querido Pueblo, Bohonal de Ibor (My Beloved Village, Bohonal de Ibor), who read extracts from her book. The pupils were each presented with a copy of the novel for their own keeping.

Head of Spanish, Cameron Pauls said, “We are very grateful to Lola for finding the time to visit Oakham School and for sharing her life story with us”.

Pupils attended an interactive talk entitled ‘Viva South America’ given by Teacher of Spanish Monica Fernandez on the culture and social diversity of South American Hispanic countries and current affairs. 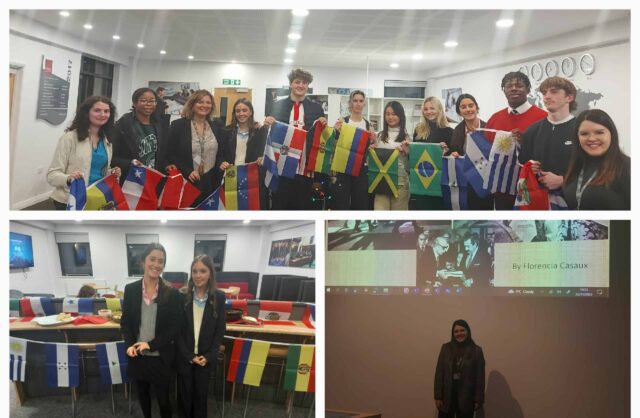 Form 6 students of Spanish experienced an online taster course hosted by Sheffield University, giving them an insight into studying the language at degree level.

Form 3 pupils studying German entered the online GCHQ National Language Competition 2022, which ran from 7-11 November. Working in teams of up to four, they completed a number of challenges cracking codes and puzzle-solving.

Head of German, Mrs Phillipa Sykes and Teacher of German, Miss Elizabeth Edwards, said, “We were impressed by the pupils who worked together to decipher the code and whilst it has been challenging, they showed great perseverance.”

German Assistant Stephanie baked some traditional Weihnachtsplätzchen for Form 2 and talked to pupils about some German Christmas traditions. Krampus, the German Christmas devil was not popular, although leaving shoes outside the classroom to find them filled with sweets on Nikolaus was much appreciated!

Form 4 pupils also learned about the Festival of St Nicolas and tried some ‘pain d’ épices’ baked by the French Assistants.

Oakham School offers many opportunities to instil in its pupils a love of languages, including trips, language-themed days, visiting theatre companies, competitions, and cross-curricular projects.