Lower 1 pupils were inspired and delighted by acclaimed author Abi Elphinstone’s virtual visit last week as she spoke to them about her adventures and gave them tips on how to become a writer. Abi is the author of The Dreamsnatcher, The Shadow Keeper, The Night Spinner and Sky Song. Abi has been shortlisted for numerous awards and Sky Song was selected as a Waterstones Children’s Book of the Month in 2019.

“Abi Elphinstone made her second visit to Oakham (virtually) on Thursday – a day affectionately known as Abi-Day.

Abi credits her childhood exploring the wilderness in Scotland where she grew up (and now lives once again) with turning her into an author as every place she played as a child has ended up as a location in her novels, along with the adventures she had and the things she made, like a catapult.

Hopefully, Lower 1 took on board her three tips for success: to carry a notepad everywhere as ideas are slippery and need to be captured; to look up and out from your screens and be curious, going through life with your eyes open; and to never be afraid to fail as it is those who are brave enough to make mistakes who change the world.

After asking Abi some extremely well-considered questions, the pupils set out on step one on the path to writing an unputdownable adventure – The Map – in anticipation of their own creative writing in the weeks to come.

Seeing Abi on screen, whose novel Rumblestar, they had read over the summer and are now studying in class, greatly inspired Lower One’s creativity and will undoubtedly enthuse them as they follow Casper and Utterly’s adventures in greater depth.” 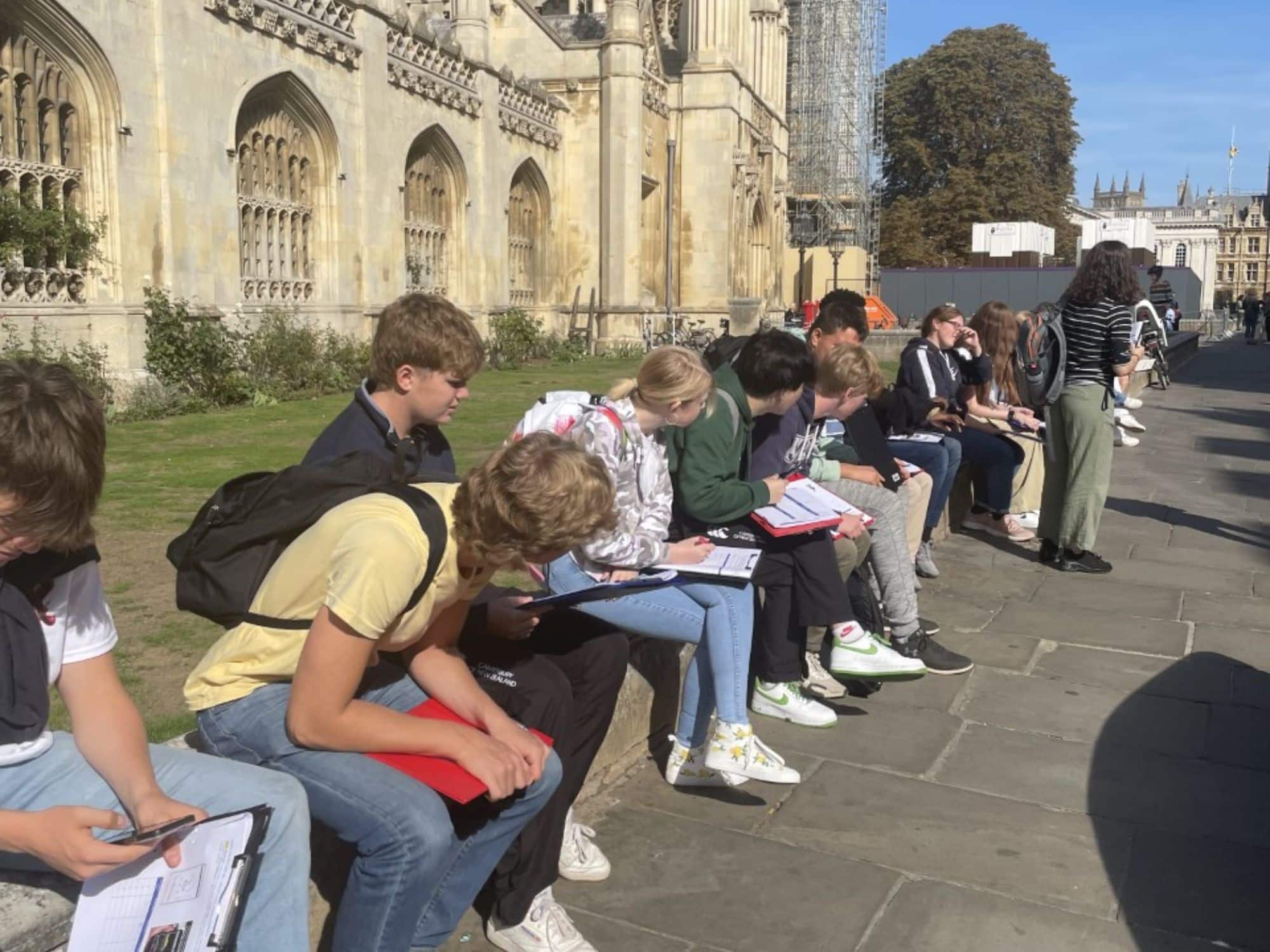