Here, we celebrate the achievements of the School’s most successful athletes past and present, as well as their fabulous coaches.

Lewis’s School rugby career started in Jerwoods teams and he gradually moved up to first teams. He played in the Jerwoods 1st XV as a centre three-quarter and captained the Jerwoods Colts XV in 1989. He then moved up to the Junior Colts in 1991. He joined the Colts XV and the Under 15 XV in 1992. He started to play in the back-row. He captained the 1st XV in 1995.

“Lewis Moody was a tower of strength at centre especially in defence and has a promising future.” – Winter 1990 Oakhamian

Character of the XV (Oakhamian Magazine, Easter term 1904, vol. 20, no.1): “shows every promise of developing into a really good forward when he has come to know the game a bit better.”

Winter 1945 Rugby Review: “(forward) his fine physique was an asset, and he was always in the thick of things; tackles high but his defence was robust enough to be effective; combined well with Newell in attack. He has set a fine example of keenness and individual play but did not sufficiently make himself felt as leader of the forwards and Captain of the side until late in the season.”

Took part in the Cricket tour to South Africa in 2001.

In the Cricket 2004 Overview, Director of Cricket Frank Hayes wrote: “He has developed into a fine cricketer with both bat and ball. His fielding, too, is a revelation! He can now caress the ball to all parts of the ground and although he played many fine innings, who will forget his extraordinary undefeated 68 against the MCC, when 27 runs were required off 2 overs to win? After his efforts, including six 6s, only 2 were required off the final over and still we couldn’t get them!”

In the Summer 2010 Oakhamian, Housemistress Tessa Drummond wrote: “She has real leadership and helming potential in this sport and we look forward to making another expedition to watch her pitting her skills against the course and the weather conditions.” 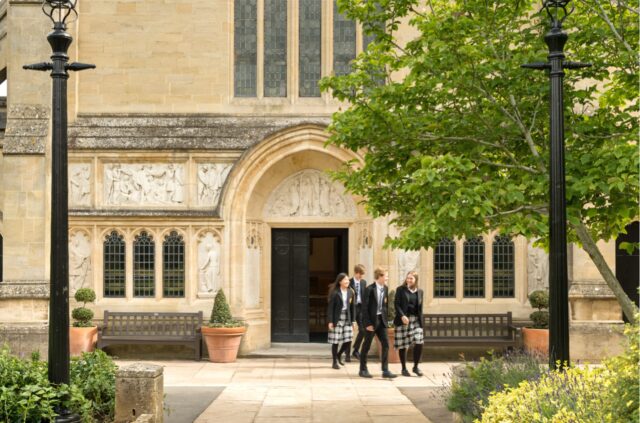